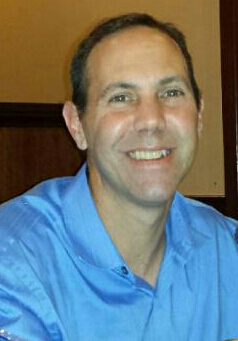 Archive for the tag “first job”

I put on a jacket I hadn’t worn in nine months, stuck my hand in the pocket and pulled out a forgotten, folded paper. It was a job application form that hadn’t been filled out for Grotto Pizza, a popular chain in Delaware beach towns that recently expanded into our Maryland suburb. My find triggered the memory of a conversation my wife Amy and I had with our son Daniel in the car on our way to dinner at the pizza chain where I had picked up the application.

The gist of the conversation that March 2016 evening was that we expected Daniel to work after he graduated high school later that spring. I advised that the new pizza restaurant was looking for employees and recommended he fill out an application. Daniel expressed resistance to working – or perhaps just to me suggesting where he should work or what he should do – advocating for a last summer before college of doing whatever he wanted. 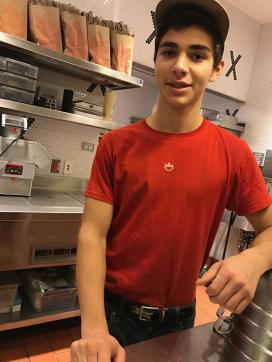 It got a little tense before we got to the restaurant, Amy and I frustrated at Daniel’s nonchalant attitude toward working and earning money for himself. We were concerned about him adopting an attitude of privilege. For a couple of years, I had recommended to Daniel that he get certified as a lifeguard because we live in a community with 23 pools, or that he work at a summer camp. But he didn’t take up my suggestions. Lifeguarding would be boring, and he didn’t want to deal with younger kids, he said.

So imagine my surprise when a month after our frustrating conversation, Daniel announced that he had found a job opening on his own and had an interview scheduled at Shophouse, the Asian equivalent of Chipotle Mexican Grill, also owned by Chipotle. He had two interviews, including a group interview with the whole staff to evaluate whether he would fit in, and got the job.

A second surprise came at the end of summer 2016. Daniel easily could have decided it was nice having his first work experience, but he was done with that chapter and on his way to college. Instead, he decided he would keep his job while going to school.

He has been like a utility infielder at Shophouse, working the grill, preparing food, explaining the menu and serving food on the line to customers, and operating as cashier. He is working his way to a promotion to kitchen manager. I dropped in one night recently for dinner, where he made me a chicken with peanut sauce bowl. I watched him serve customers, thinking he had come a long way in working with adults and learning about the responsibilities of a job.

He is developing a good work ethic, always arriving to work on time, doing whatever he is asked to do and embracing the team concept of his employer. He also is learning about saving and the value of money, spending on things that are important to him but saving most of what he earns for the future. He earned straight A’s during his first semester of college while holding down his job.

I am proud of the way Daniel has embraced his job and the pride he shows in his work and earning his own way, while juggling a rigorous academic load. I am cheered that he is learning about the concepts of individual responsibility, quality of work, working as part of a team and his ability to direct his life with his choices, work ethic and attitude. He already has started applying for summer internship jobs in computer science, his chosen field. His self-motivation has blossomed.

Several times with my kids, they have gone on to do things I had wanted and encouraged them to do, but they did it on their own and in their own way and time, not in direct response to or because of my nudging or urging, or so it has seemed, though maybe my fatherly advice and wisdom had an influence. I’ve always told my kids that it is preferable when they do things out of intrinsic motivation – based on their own desires and interests – rather than out of extrinsic motivation, such as pleasing their parents and getting the old fogies off their backs. I’m glad they are learning this lifelong lesson, as Daniel’s employment endeavor indicates.